What is an airline pilot?

An airline pilot is responsible for flying short-haul or long-haul flights – whether that be flying cargo from one location to another, or flying passengers for leisure or business purposes.

In most cases, aircrafts will have two pilots on board – one of which will be the captain and one of which will be the supporting first officer. As a pilot, you have a responsibility to keep the flight running smoothly, safely and efficiently. The main thing to consider if you’re thinking about becoming a pilot is the commitment in terms of cost and time. It takes years to qualify, with the amount of time it takes depending on the kind of aircraft you want to be trained on. Plus, training will continue throughout your career regularly and alongside the production of new parts and software. It’s a competitive career choice too, so be aware that it may take some time to get into the role you want. All that being said, an airline pilot is known to be a rewarding and highly renumerated career and gives you the opportunity to travel all over the world.

There is considerable variation in salaries for pilots. That’s because there is lots of variation in the kind of aircrafts that need to be flown – the size, purpose of flight, complexity of the aircraft, amount of training needed and therefore the responsibility needed. Salaries will also depend on the airline and obviously the experience you have

What is the starting salary of an airline pilot?

With little to no experience, starting salaries for newly qualified first officer pilots will often start from about £24,000-£28,000, depending on the airline.

With a medium-sized airline, the starting salary for a captain can range from £54,000 to £75,000 as they will have more responsibility than the supporting first officer. When it comes to more major airlines, as a captain you might expect to start on £97,000 to £140,000.

What is the average salary of an airline pilot?

Salaries for more experienced pilots can again range massively – but as a very rough guide, an average first officer may be paid £36,000 to £48,000.

What is the salary potential for an airline pilot?

Apprenticeship schemes are run by some airlines for fully-trained pilots in need of their first job. These apprenticeships mightn’t be paid very well but they have the advantage of further training being paid for by the airline, which otherwise can cost the individual thousands or even tens of thousands to pay for themselves. Starting salaries may be more elsewhere, where further training needs to be funded by the pilot.

A pilot’s salary generally is incremental, so as pilots become more experienced over time, they are rewarded more by the airline they work for. Benefits tend to include a pension scheme, allowances, and discounted travel.

The working hours of a pilot are really worth considering, especially if you’re not a great sleeper. Your shift times may be inconsistent and may run through the night. A working day will vary depending on the length of the flights and your airline. Generally, expect a shift to be between 3 and 12 hours long.

If you’re considering training to be a pilot, you don’t necessarily need a degree or postgraduate qualification (although you can choose to complete one to put yourself in a better position in this competitive market). You will need at least 5 GCSEs and 2 A-levels, and having a good understanding of maths and physics is especially important for this role.

The Honourable Company of Air Pilots runs aptitude tests which you can take to see if you may be suited to a career as a pilot (even if you have little or no flying experience). You can register for one of these at Air Pilots: Aptitude Tests.

To become a commercial airline pilot, you’ll need an Airline Transport Pilot Licence (ATPL). This qualification is known as a ‘frozen ATPL’. It later becomes ‘unfrozen’ once you’ve completed a certain number of hours and enough experience.

There are two routes to achieving an ATPL. You can either do an integrated course which is a full-time intensive 18-month long ATPL course. A flight training provider offers the essential mix of classroom theory work and practical flying. You can choose this option without any flying experience and it will cost approximately £85,000 upfront. Or, some training providers offer modular training as an alternative option that allows you to take the training as and when you can afford it. You can complete the theory learning either full-time in the classroom or you can opt for a distance-learning option. The main drawback of this route is that you may need to have some flying experience already before you start the practical aspect of the course, unlike the integrated course.

Both options allow payment from full or part sponsorship from an airline, but bear in mind that competition can be fierce for sponsorship opportunities. You can find a list of approved flight training providers from the Civil Aviation Authority (CAA) Approved Courses of Flight and Ground Training. It’s important not to commit to any training costs until you’ve passed the necessary medical tests. Passing the Civil Aviation Authority (CAA) Class One Medical means you can go on to complete the training for your ATPL. You can convert to become a commercial pilot if you have trained or flown as a pilot in the RAF, Navy or Army. You will need to complete a civil aviation course to gain your conversion qualification.

Getting experience working in any area of aviation might be a big help later down the line when applying for pilot roles.

This is because it will show your commitment and dedication to the job from the start. As well as that, it also has the advantage of giving you a good idea of how aviation works and what you’re getting yourself into. Taking opportunities to join the cadets for example, or your university’s air squadron would give you an insight into flying and demonstrate how keen you are in aviation, even if it is in a military context.

There is a fairy standard progression route as an airline pilot. You’ll usually start off being a first officer, where you'll be second-in-command on the aircraft. You’ll be sharing tasks with the captain, who has the overall responsibility for the flight and the safety of all passengers and crew onboard. Once you have enough experience (involving things like flying in various weather conditions), you can become a senior first-officer.

Then, with enough experience as a senior first officer, you can start considering roles acting as captain. In order become a captain, you will need further training, so another intensive training course will be needed too.

As a captain with enough experience, you then will have the opportunity to go on to train new pilots. Or, you could opt for an examining role or an office-based management role. These roles don’t involve much or any flying, so they might be appealing later on in your career. There are other senior positions within the wider industry like operations inspectors or accident investigators which might also be appealing to you.

Alternatively, you may decide to progress by moving between aircrafts and airlines, or from short haul to long-haul flying. By flying larger and more complicated airlines, you will be renumerated more.

There are many commercial airlines in the UK employing pilots, both for long and short haul flying (eg easyJet, Ryanair, Vueling, BA, Virgin) as well as companies who charter their aircrafts (eg TUI Group, Bombardier). There are also freight airlines who transport cargo (eg DHL, TNT).

You might also want to consider looking outside the UK for opportunities. The aviation industry is a competitive one and some pilots find it takes time to secure their first job as a commercial pilot.

As well as looking for opportunities on individual airline websites, there are resources specifically for jobs in aviation and recruitment agencies that specialise in it. Yes, it will be a long time before you qualify, but having a look now will give you an idea of what opportunities are available near you and how well they are paid etc.

While you technically do not need an undergraduate degree or postgraduate qualification to learn to fly, this is a competitive career choice and so having completed a relevant course will help set you apart from those who haven’t completed one.

You could complete degrees in topics like these, before or alongside your pilot studies:

Courses like these might help start you off in flying as they often cover the theoretical work you’ll need for a private pilot’s licence. Flying lessons might be available but just be aware that they’re unlikely to be included in the course fees. 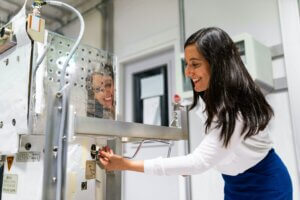 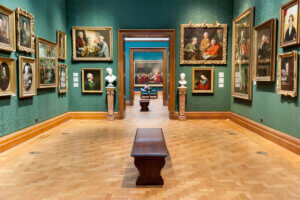